Donald Cline is an American medical doctor and fertility specialist.

He became notorious following a fertility fraud investigation where he was found to have inseminated patients with his own sperm without their knowledge at his fertility clinic near Indianapolis, which led to him being the biological father of at least 94 people (in addition to the 4 children he had with his wife).

After interning at Methodist Hospital, he was in the United States Air Force for two years and was in inactive reserve for 12 years until he received an honorable discharge. In 1979, he opened a clinic on 2020 West 86th Street in the Indianapolis area.

Investigations started after Jacoba Ballard took a DNA test and found out she had seven unknown siblings. She later learned that her biological father was her mother’s fertility doctor.

Cline initially denied, but then later admitted using his sperm to inseminate patients without their knowledge at his fertility clinic near Indianapolis, making him the biological father of at least 90 people.

This lie to authorities formed the basis of his subsequent prosecution.

After the investigations, Cline was given a one-year suspended sentence after pleading guilty to two counts of obstruction of justice. He was not charged any further, as there was no law in Indiana specifically prohibiting fertility doctors from using their own sperm.

A high proportion of the children he covertly biologically fathered have auto-immune disorders. Cline’s own condition of such a disorder, rheumatoid arthritis, would have excluded him as a sperm donor at his fertility clinic.

Donald Cline’s fertility fraud is the subject of a Netflix documentary titled Our Father which premiered in May 2022. He was depicted wearing a pistol as a side-arm in numerous discussions with investigators. 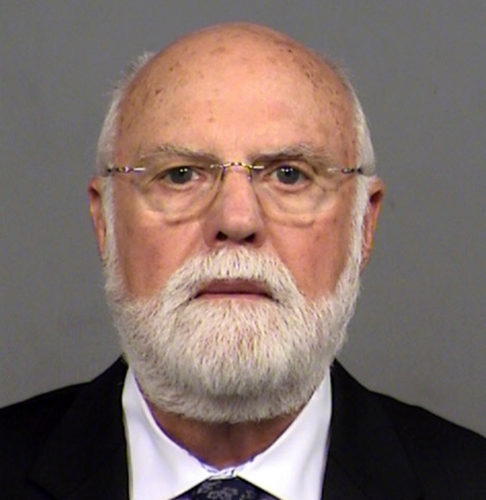 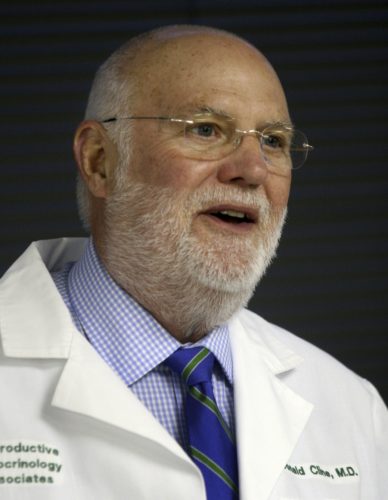 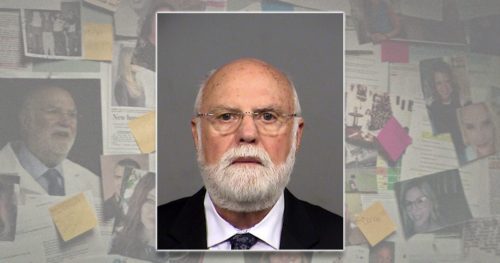 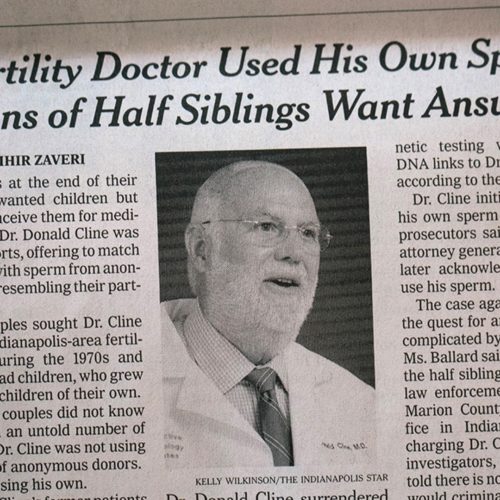 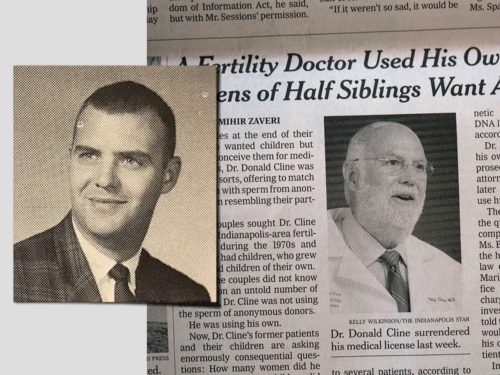 Donald Cline is an infertility doctor from America. He remained famous for doing fraud with several patients. When he used to serve as a doctor he was famous in his town for providing 100 percent guaranteed results to his patients.

But his disbalance mind made him a victim of fraud which he did with his many patients.

Actually, he use to insert his sperm into his patients that came to him to get treatment related to fertility issues.

However, his fraud was proved in court earlier in 2017 when more than 50 kids came to know that they are having same DNA. But now in 2022, he is trending because of Netflix’s new documentary ‘Our Father’.

In this series, you will find the complete story of Donald Cline and how he did the fraud with several patients secretly.

You will also get to know how his fraud was proved later in court and how children of different parents came to know that they are having same DNA as one person.

Using the word mastermind will not be appropriate to use against Donald Cline because what he has done with his patients needs a sharp mind and activeness. According to our research, Donald was born in 1937 in Indiana, US.

His educational details were leaked to the media when he got arrested for his fraud earlier. Mr. Cline first completed his graduation from Indian University and he went to complete his Medicine studies.

He holds M.D from IU’s Medical School. Then he went for an Internship at Methodist Hospital.

Later Donald Cline decides to serve the US Air force and worked for them for almost two years and other 12 years of his life he worked in the active reserve. Later he got discharged in a respected way from his duties.

It was the year 1979 when he opened his Fertility Clinic where he began doing fraud with his patents by inserting his sperm.

Donald is now passing from his old age of 84th year therefore it will be hard to tell whether his family is alive or dead now. No information is available right now related to his parents and siblings.

But one of his close friends has disclosed a little about his story to the media.

Dr. William E. Chapman a close friend of Donald states him as the ‘Doctors of Doctors.’ Both close friends have completed their studies together at Indiana University and have been friends with each other for more than 50 years.

It was Dr. William E. Chapman who requested the judge of superior courts in 2017 to spray a little mercy on his friend during the time of his hearing.

Donald Cline was so perfect in his work that he was famous for being the first person in India to perform laparoscopic surgery. One he also represented himself as a keynote speaker at the International Symposium for Infertility in Bologna, Italy.

With his years of practice, Donal Cline was also titled many times as the top doctor of Indianapolis.

While he was serving his patients he never sees time whether it is day or night but keeps on serving them and attending their calls even at the night. Donald has always treated his patients in a warming way.

At the time of the hearing in the courtroom, Donald has shared with lawyers that he opened his clinic in 1979 at 2020 West 80th Street.