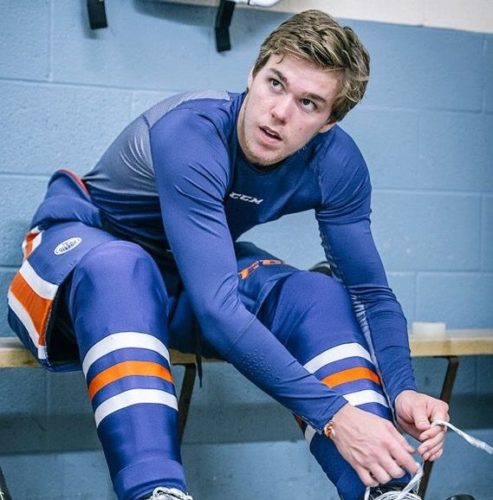 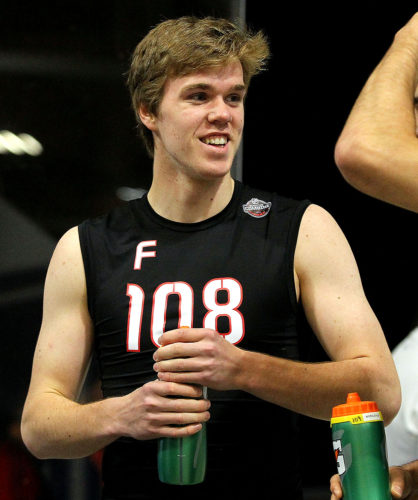 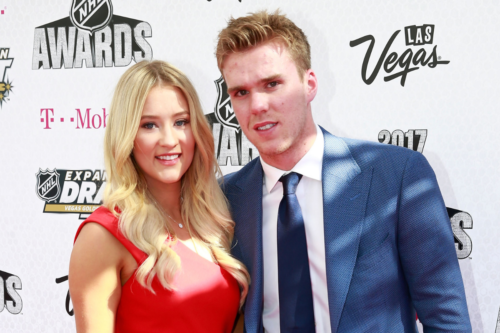 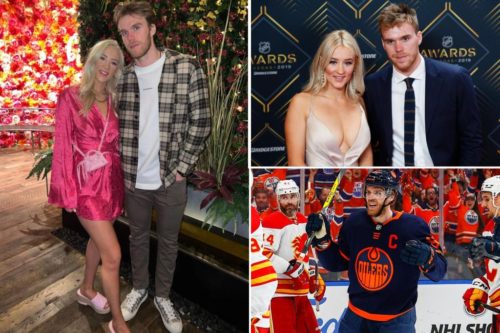 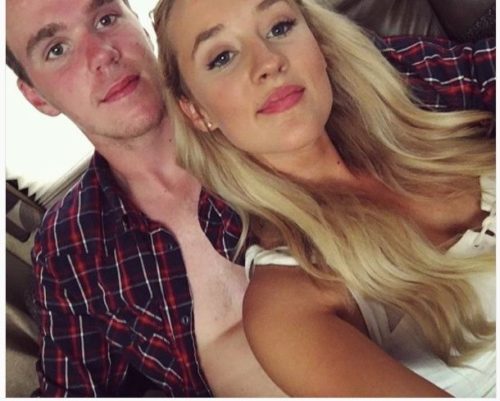 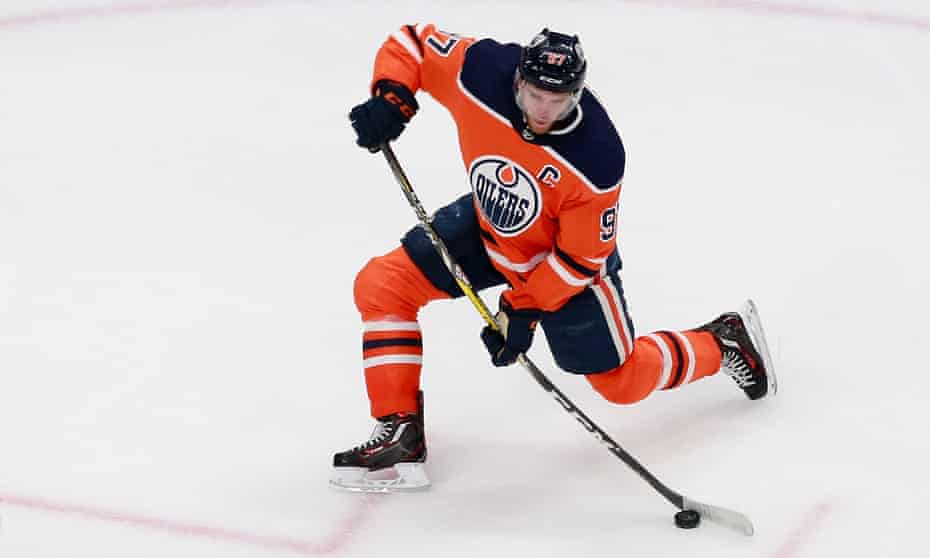 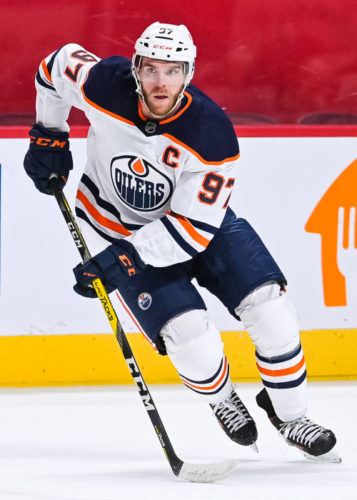 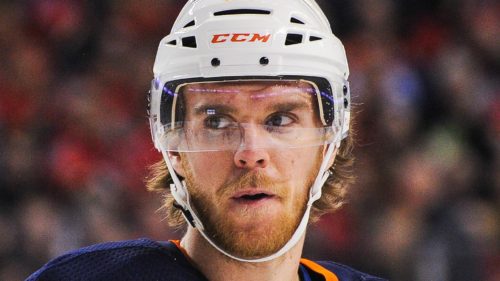 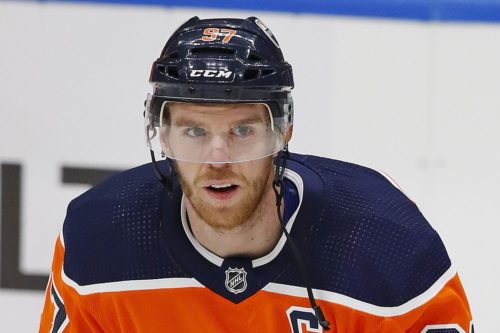 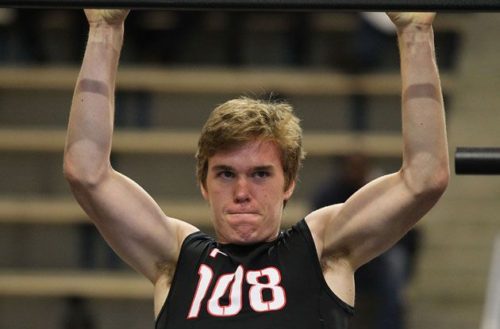 After displaying pictures of the house for EDify magazine in 2020 and recording a video tour in 2021 for Architectural Digest, the minimalist design and the poor view of the Edmonton River Valley outside became an Internet meme.

As a sports fan in Ontario, McDavid was a dedicated childhood fan of Mats Sundin and the Toronto Maple Leafs NHL team. He described his childhood bedroom as “pretty embarrassing” for its volume of Maple Leafs memorabilia.

Outside of hockey, he supports the Toronto Blue Jays of Major League Baseball and threw out the ceremonial first pitch at a Blue Jays game in 2016.

On June 21, 2017, Electronic Arts revealed that McDavid would be the cover athlete for NHL 18, their annual instalment of the NHL video game series.

In 2022, McDavid was one of several Canadian athletes to appear on boxes of Cheerios cereal as part of their “Be the Cheer” promotion, in which customers could write personalized messages to athletes competing at the Olympic Games.

McDavid is involved in charitable efforts with Edmonton’s indigenous community and has raised $85,000 to help indigenous children play sports. He is also involved in a shuttle program to help sick kids.

Connor McDavid was born on January 13, 1997 in Richmond Hill, Ontario to Brian and Kelly McDavid. His father was a youth hockey coach and he has an older brother named Cameron who is an Ivey Business School graduate.

He started skating when he was three and at four, began playing hockey with children older than him.

After the hockey association in his hometown Newmarket barred him from playing with older children when he was six, his parents enrolled him into a team in nearby Aurora, allowing him to play with 9-year-olds.

He was later coached by his father at York-Simcoe Express, a team in Aurora, Ontario, which went on to win four Ontario Minor Hockey Association championships.

He briefly considered playing for the Terriers while attending Boston University, but decided to play in OHL to develop his skills fully.

Connor McDavid is in a relationship with a Canadian girl named Lauren Kyle who is currently studying business. They reportedly met by chance after arriving at the wrong birthday party.

During his early years, when Connor McDavid decided to leave the York Simcoe Express in 2011 to join the Toronto Marlboros, it affected him on a personal level. Both he and his parents lost friends due to that decision.

McDavid did it with the Edmonton Oilers in his rookie NHL season if a young phenom can live up to expectations.

McDavid has distinguished himself as one of the most dynamic offensive players in the NHL since his debut in 2015. He’s been dubbed the “next Crosby,” “next Lemieux,” and “next Gretzky” for years.

He is primarily regarded as the sport’s future face, despite his dislike for the attention that comes with it.

McDavid has triumphed in spectacular victories as well as tasted the agony of heartbreaking failures.

We present you with an insightful detail into the rise of Connor McDavid to the very apex in the powerhouse of hockey, the NHL.

He is one of the many names that provide thrills to the beautiful game of hockey.

McDavid, dubbed the next Crosby, is a Canadian professional ice hockey center. In addition, he is also the captain of the Edmonton Oilers of the National Hockey League(NHL).

Many members and colleagues of the news media consider him to be the best player on the planet. He’s been nicknamed ‘The Next One’ after being compared to Wayne Gretzky, Mario Lemieux, and Sidney Crosby.

Since he was a child, Connor has played the game frequently with children considerably older than him.

In addition, McDavid also became the third player in the Ontario Hockey League (OHL), following Aaron Ekblad and John Tavares, to be allowed to play one year earlier than the permissible maximum.

For his team, the Erie Otters, he received various trophies and accolades. Later McDavid was selected first overall by the Edmonton Oilers in the 2015 NHL Entry Draft.

Despite being out for most of his early professional career due to injuries, he continued to develop consistently and led his team to the playoffs last season. He also helped his country, Canada, win three gold medals.

Brian and Kelly McDavid gave birth to Connor McDavid on January 13, 1997, in Richmond Hill, Ontario. His father coached youth hockey players, and he has an elder brother, Cameron, who graduated from Ivey Business School.

The Canadian-born began skating at the age of three and started playing hockey with bigger youngsters at four.