Farah Khan aka Gogi is the friend of PTI Chairman Imran Khan’s wife Bushra Bibi. Farah Khan Gogi biography, age, Husband, PTI, education, scandal, and pictures. She has been criticized by the PML-N for alleged corruption during Imran Khan’s Tenure.

Farah Khan Gogi is married. She is blessed with two children, one son, and one daughter. Her father’s name is Muhammad Hussain. According to media reports, her family is not in Pakistan.

Ahsan Jamil is the husband of a friend of Bushra Bibi Farah Khan Gogi.

Farah Khan Gogi is a very close friend of Bushra Bibi. Bushra Bibi is the third wife of the ex-Prime Minister of Pakistan Imran Khan. They were spotted together in many pictures circulating on the internet.

Chairman PTI Imran Khan rejected all allegations made against Farah Khan Gogi. Farah was in UAE when PML-N made allegations against her. PIT spokesperson said that she was not holding any official position during their tenure then how she could do corrupt. 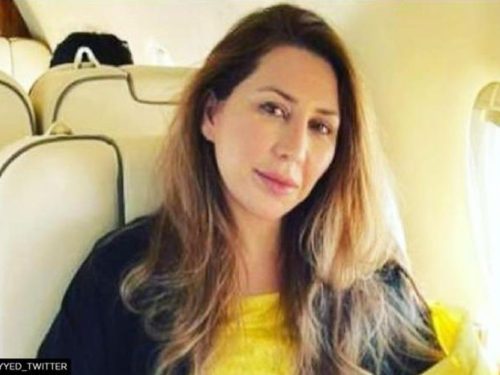 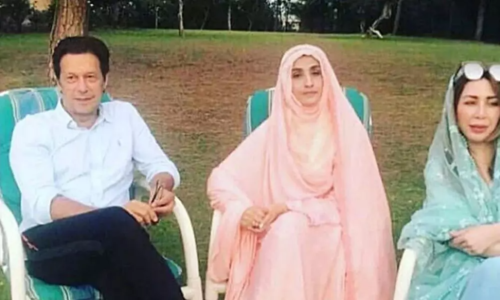 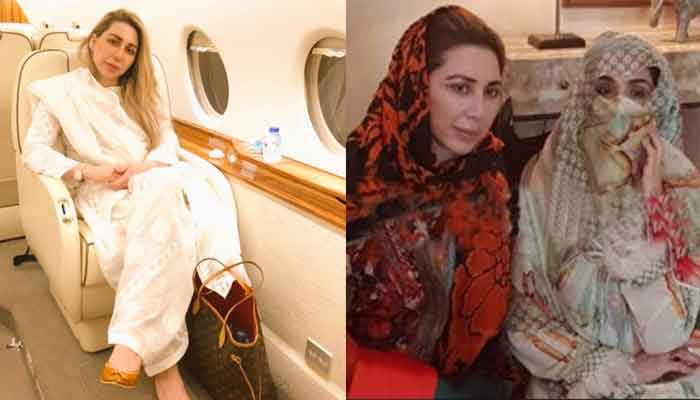 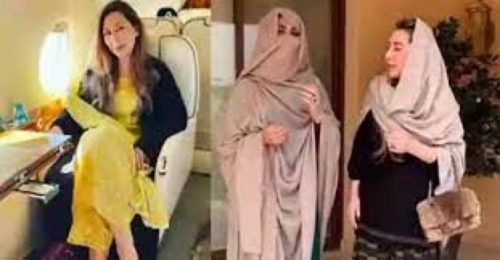 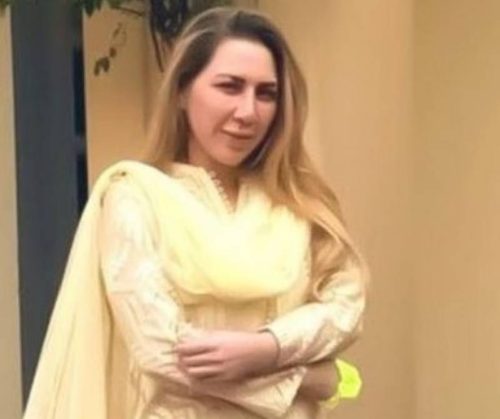 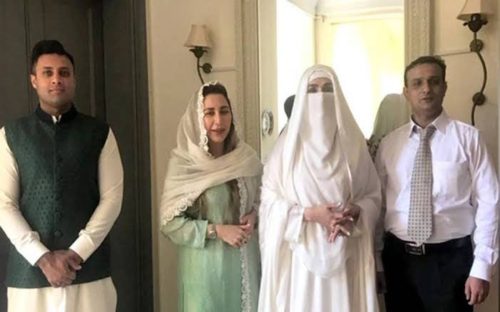 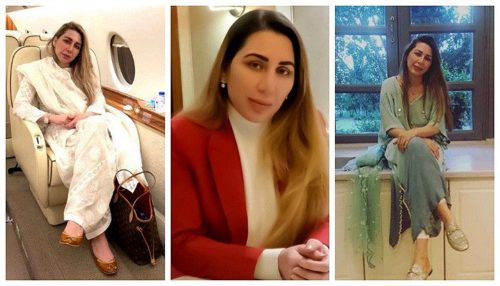 Farah Gogi, according to senior Pakistani journalists, is a friend of First Lady Bushra Bibi.

According to a senior Pakistani journalist, Farah Gogi, also known as Farah Gujjar, has contacts with Owais Muzaffar Tappi, the foster brother of Asif Ali Zardari, in Dubai.

Farah Gogi is the wife of Ahsan Jameel Gujjar and the daughter-in-law of Pakistan Muslim League-Nawaz MPA Iqbal Gujjar, who became MPA from Gujranwala in 2018.

He served as the minister in Nawaz Sharif’s government since 1985. He was also the PMLN’s candidate for the Speaker of the Punjab Assembly in 2018.

As soon as the federal government was dissolved, Farah Khan, a close friend of Bushra Bibi, left the country and reached United Arab Emirates (UAE).

Prime Minister Imran Khan got married for the first time to Jemima Khan, his second wife was Reham Khan, the anchorperson, and married the third time to Bushra Bibi, who is allegedly called a “Peerni”.

According to private TV, besides Farah Khan, other leaders of Pakistan Tehreek-e-Insaf (PTI) have also started going abroad. Earlier, Farah Khan was accused of taking bribes on posting transfers in Punjab.

According to PTI sources, Farah Khan left for Dubai on Sunday. Maryam Nawaz had accused Farah Khan of taking posting and transfers money.

The real name of the close friend of Bushra Bibi called Farah Khan is Farhat Shehzadi. Her husband, Ahsan Jamil, left for the United States on March 31, 2022 and is now in Dubai.