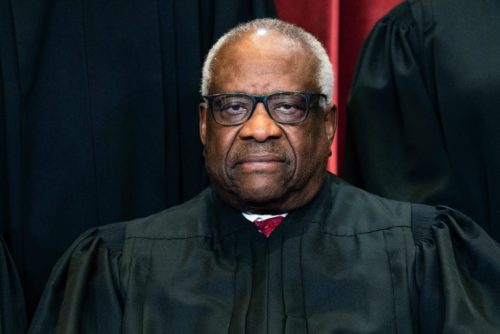 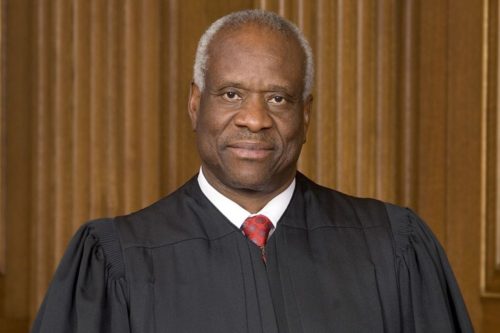 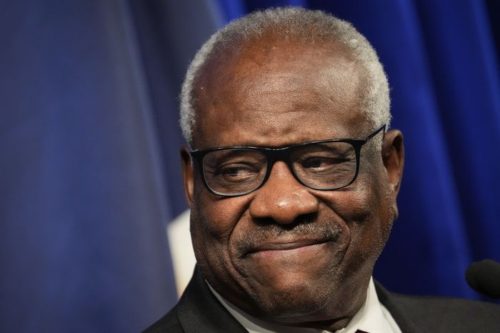 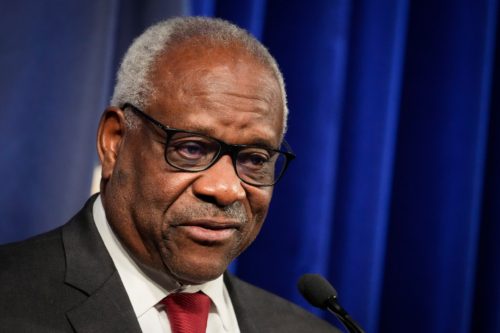 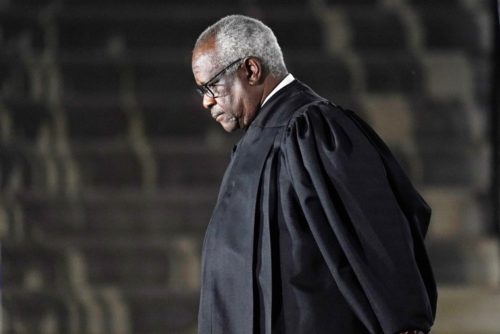 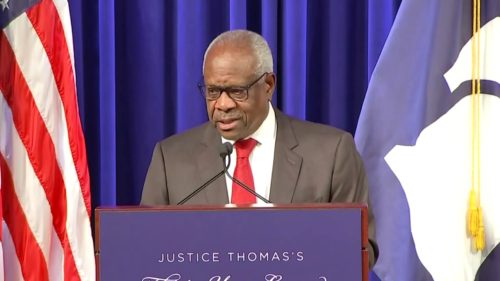 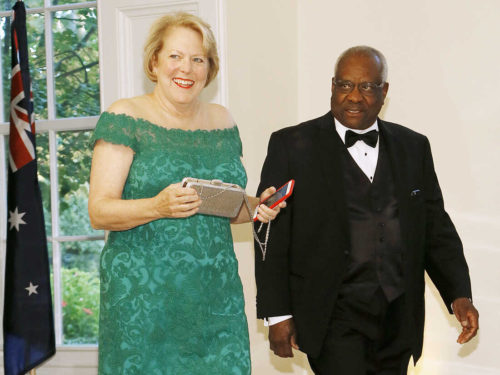 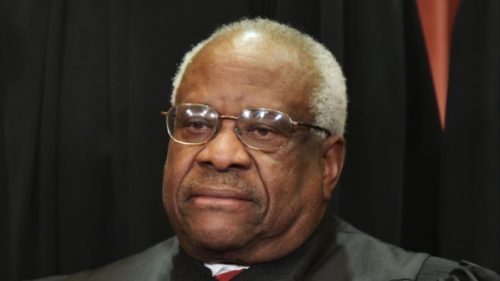 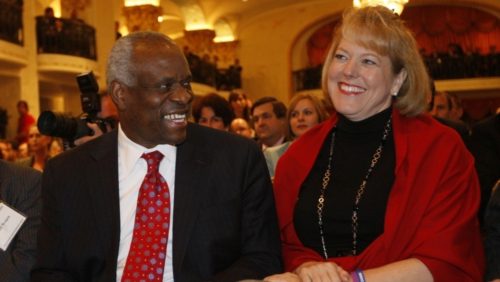 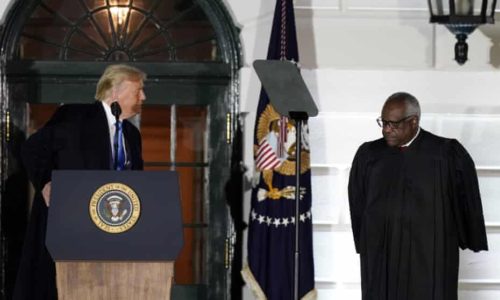 In 1971, Thomas married Kathy Grace Ambush. The couple had one child, Jamal Adeen (b. 1973, New Haven, Connecticut), Thomas’s sole offspring. Thomas and his first wife separated in 1981 and divorced in 1984.

In 1987, Thomas married Virginia Lamp, a lobbyist and aide to Republican Congressman Dick Armey. In 1997, they took in Thomas’s six-year-old great-nephew, Mark Martin Jr., who had lived with his mother in Savannah public housing.

Since 1999, Thomas and his wife have traveled across the U.S. in a motorcoach between Court terms.

Virginia “Ginni” Thomas has remained active in conservative politics, serving as a consultant to The Heritage Foundation and as founder and president of Liberty Central.

In 2011, she stepped down from Liberty Central to open a conservative lobbying firm, touting her “experience and connections”, meeting with newly elected Republican representatives and calling herself an “ambassador to the Tea Party”.

Also in 2011, 74 Democratic members of the House of Representatives wrote that Justice Thomas should recuse himself on cases regarding the Affordable Care Act because of “appearance of a conflict of interest” based on his wife’s work.

In January 2011, the liberal advocacy group Common Cause reported that between 2003 and 2007, Thomas failed to disclose $686,589 in income his wife earned from The Heritage Foundation, instead reporting “none” where “spousal noninvestment income” would be reported on his Supreme Court financial disclosure forms.

The next week, Thomas said the disclosure of his wife’s income had been “inadvertently omitted due to a misunderstanding of the filing instructions”. He amended reports going back to 1989.

The Washington Post reported in February 2021 that Ginni Thomas apologized to a group of Thomas’s former clerks on the email listserv “Thomas Clerk World” for her role in contributing to a rift relating to “pro-Trump postings and former Thomas clerk John Eastman, who spoke at the rally and represented Trump in some of his failed lawsuits filed to overturn the election results.”

In March 2022, texts between Ginni Thomas and Trump’s chief of staff Mark Meadows from 2020 were turned over to the Select Committee on the January 6 Attack.

In response, 24 Democratic members of the House of Representatives and the Senate demanded that Thomas recuse himself from cases related to efforts to overturn the results of the 2020 presidential election and the January 6 attack at the U.S. Capitol on the grounds that Ginni Thomas’s involvement in such efforts raises questions about his impartiality.

An April 2022 Quinnipiac poll found that 52% of Americans agree that in light of Ginni Thomas’s texts about overturning the results of the 2020 presidential election, Thomas should recuse himself from related cases.